ProTip: You Look, but You Don't See 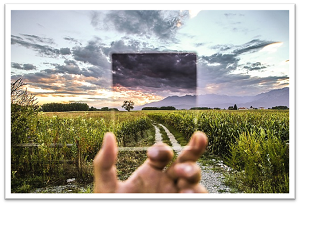 I'll never forget walking through a major hotel with the vice president of product development for Hyatt International, Frank C. Ansel III.  The food and beverage director of the hotel knew we were coming, so he had spruced up the place.  Everything at the hotel looked amazing to me, but twenty minutes into the walkthrough, Frank looked at his manager with obvious displeasure.  I asked Frank why he was upset.  "You think he's doing things well because you look but you don't see," Frank said.  He pulled me over to a table and pointed out that the service plates weren't all turned the same way, nor was the flatware placed consistently at each setting.  Frank nodded toward a waiter who was pouring out of the side of a pitcher instead of the spout -- a real no-no in table service.  These are subtle things, but they demonstrated a lack of standards and attention to detail.  When "little" things are off, it means more important standards are probably lacking.  That line, "you look but you don't see," has stayed with me ever since.

Today's tip is all about how we make observations.  Being observant is about looking without letting our assumptions and generalizations get in the way.  Our brains love to make generalizations, so when Jon Taffer toured the hotel in his story, he noticed the "spruced up" touches, and through that lens, drew the conclusion that the hotel was in great shape.  But Mr. Ansel looked past those things and saw the layer underneath; he saw the pieces that were lacking that mean the surface layer was not being supported by the "little things."

After you have done your specific observations, then you can draw conclusions.  This will prevent your brain from making those same generalities that prevent you from seeing the whole story.

Tips and resources on how to be a master of customer service and sales; to improve yourself personally, as an employee, and as a leader; and much more.